Mrs Muriel Brand was one of a small number of extraordinary women involved in the cause of children with cerebral palsy who had South African special schools named after them. After initially working to support the Forest Town School for more than 15 years, she started fundraising for the establishment of a new school on the East of the Witwatersrand. The Muriel Brand School was eventually named after her. She and her husband, Mr Charles Brand, were intimately involved in the affairs of the school from the establishment of the school’s sponsoring body in 1964 up to their deaths in 2003 at the ages of 94 and 95 respectively.

Muriel Lillie Brand (née Freeman) was born in Wensbury, England, on August 8, 1908. Her family immigrated to South Africa when she was five years old. She attended school in New Modderfontein and at the age of 14 went to business college in Benoni. She married Charles Brand in 1932. They lived through interesting times, experiencing the First and Second World Wars, and living through the 1922 mineworkers strike. Charles went “up North” with the Benoni Sappers in the Second World War, while Muriel worked for the war effort in Benoni.

The following tribute was written by Mr and Mrs Brand’s granddaughters and is placed with the permission of the Brand family: 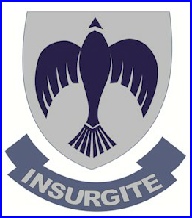